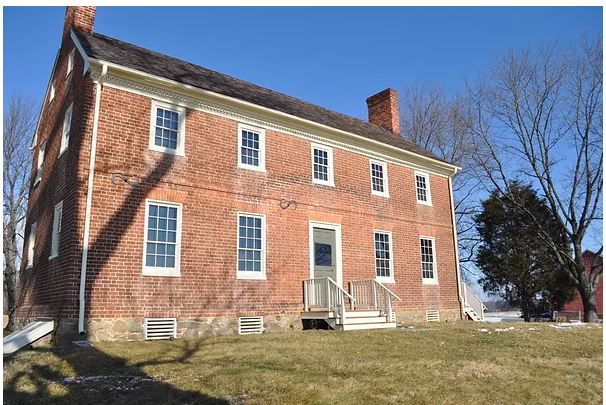 In 1969, at a family barbecue, 3 members of the Olney community created the Olney Boys Club and committed themselves to developing a structured and safe environment where children could learn to play sports and expend some of the energies of youth. The OBC was the first chartered non-profit organization in Montgomery County and one of the first youth sports clubs in the State of Maryland. In 1971, the Olney Boys Club changed its name to the Olney Boys and Girls Club to better represent its mission and the make-up of the kids playing for the club.

Over the years, the organization has grown from 115 kids to the current size of 5,800 and has provided services to 45,000 children. Through our history, OBGC’s leadership has been constantly challenged by the ever-changing culture in the communities that we live in and have been vigilant in ensuring that OBGC would survive and continue to be able to provide children with a safe place to play.  Since our founding, OBGC has been forced to move its“home” several times from places around the area including Sherwood High School, the old Brooke Manor Country Club and the donated land from Sandy Spring Friends School.  As the Club and community grew, so did the demand on available storage and space.  A large part of OBGC’s history was defined by our volunteer’s willingness to store equipment and uniforms in their own houses and garages.

As the Club and community grew, the Board of Directors realized the need to transition to a more modern organization had come and the need to secure a site that OBGC could call its permanent home was needed. The Board knew that if OBGC was to survive, it needed to offer its kids and families a safe and permanent place to spend time together rather than having them be forced into running around the county from one field to the next.

In the mid-1980s, the then current Board attempted to purchase and develop a property at the intersection of Brookeville Road and Route 108. The effort was stopped once Montgomery County Board of Appeals declined its request for the zoning change that was needed to allow the park to be built on that site and the search ended for ten years.

In 1997, after being forced to turn 125 children away from the Club due to the lack of facilities, the Board recommitted itself to purchasing a property and building a home that would not only secure the Club’s future, but ensure that every child would have a place to play sports and spend time with their family, if they so decided.

The following year, OBGC negotiated an option to purchase a 118 acre farm called Falling Green from a local sod farmer named Ken Warfield and began the process of putting the financing and capital together that would be needed to complete the project, along with gaining the necessary governmental approvals and zoning changes from the Board of Appeals.

In 2004, OBGC was one of only 53 nonprofit organizations out of 20,000 in the state of Maryland, and the only sports association, to recieve the coveted Maryland Association of Nonprofit Orgnaizations Seal of Excellence Award. The seal was awarded after a rigorous peer review that covered eight areas of nonprofit operations: Financial and Legal Accountability, Mission and Programs, Conflicts of Interest, Public Policy and Public Affairs, Governing Board, Openness and Disclosure, Fundraising and Human Resources.

The History of Freeman Fields

The OBGC Community Park is located on a 118-acre sod farm originally named “Belleville”, then Falling Green.  In 1998, the Board of Directors purchased the property from a local sod farmer named Ken Warfield to build its home and a youth sports facility that families could enjoy and the members could utilize.  After working for over a year to gain the necessary governmental approvals and special exceptions, OBGC was ready to build the facility and received a generous donation from the Carl M. Freeman Foundation in the amount of $1.25 million to go towards the $6.5 million park.  The donation from the Foundation was made in honor of Carl M. Freeman who was a local developer and philanthropist and who raised his children near Olney and who believed in giving back to the community.

The 118 acres that the Club privately owns was once owned by one of the first and most widely known families in Maryland.  The Brooke family, of which Brookeville and numerous other landmarks have been named, will forever hold a prominent place in Mechanicsville (Olney), Montgomery County and Maryland State governments, due to a number of their historic accomplishments on behalf of the local community.

The first Brooke to settle in Maryland was Robert Brooke, a wealthy immigrant who sailed from England to America in his own ship in 1650.  With his great wealth, Robert Brooke rose to prominent positions in the Colonial Government and became a leader in Maryland and in the State and County legislatures. In 1728, Robert Brooke’s grandson, James Brooke, had risen to great prominence in the local community and was gifted a patent (deed) for 2,000 acres of land by Charles Calvert the 6th, Lord of Baltimore. These 2,000 acres that were gifted to James were the original “De La Brooke” of “Brooke Grove”, that is now famous in the Olney community.

By 1745, James Brooke’s holdings had grown as he collected additional properties in “Olney” and Sandy Spring.  He was granted a reserve of his holdings that had reached 20,000 acres and prior to James Brooke’s death, he had allowed a few members of his family to build homes on parts of his 20,000 acres.  The home built in 1764, by his oldest son Basil Brooke, was located on part of the original 2,000 acres that had been gifted to his father.  Basil originally named his brick home “Belleville” (the bricks were forged on the site and were very rare and expensive at the time), but was eventually renamed by Mary Briggs Brooke who was a descendant in 1824, to “Falling Green”.  The name Falling Green was chosen by Mary because of the way the green grass of the yard fell away from the house, much like it does today. When James Brooke died in 1784, he left Falling Green and 2,575 1/2 acres to Basil, as his inheritance.

Over the next seven generations, the original home and acreage at Falling Green was passed down through the Brooke family and portions of Basil’s estate were sold off for one reason or another.  Eventually, seven large estates were created from the original 2,575 1/2 acres and a number of them are now Olney landmarks or have been lost due to poor care.

While Falling Green was owned by the Brooke family from 1764 to 1961, it was surrounded by beautiful trees and evergreens to the north and south and was hidden from the roadway until 1949, when it was sold to Dick White, a local sod farmer who cleared it for his use. At the time of the sale away from the Brooke family, it was agreed that Mary B. Brooke and Edith Brooke Green would be given a life estate on the property (the right to live in the house) for the rest of their lives, which they did.

After two decades, Mr. White eventually sold the home and property to another local sod farmer and developer named Ken Warfield who farmed the property for approximately 10 years.  The Board of Directors of OBGC purchased the property from Ken and began to not only transform the property into the Park that is now located there today, but preserve the home and barn of Basil Brooke for our kids to enjoy. Other famous Maryland families that lived in Falling Green were Annie Farquhar and Elizabeth Hopkins.